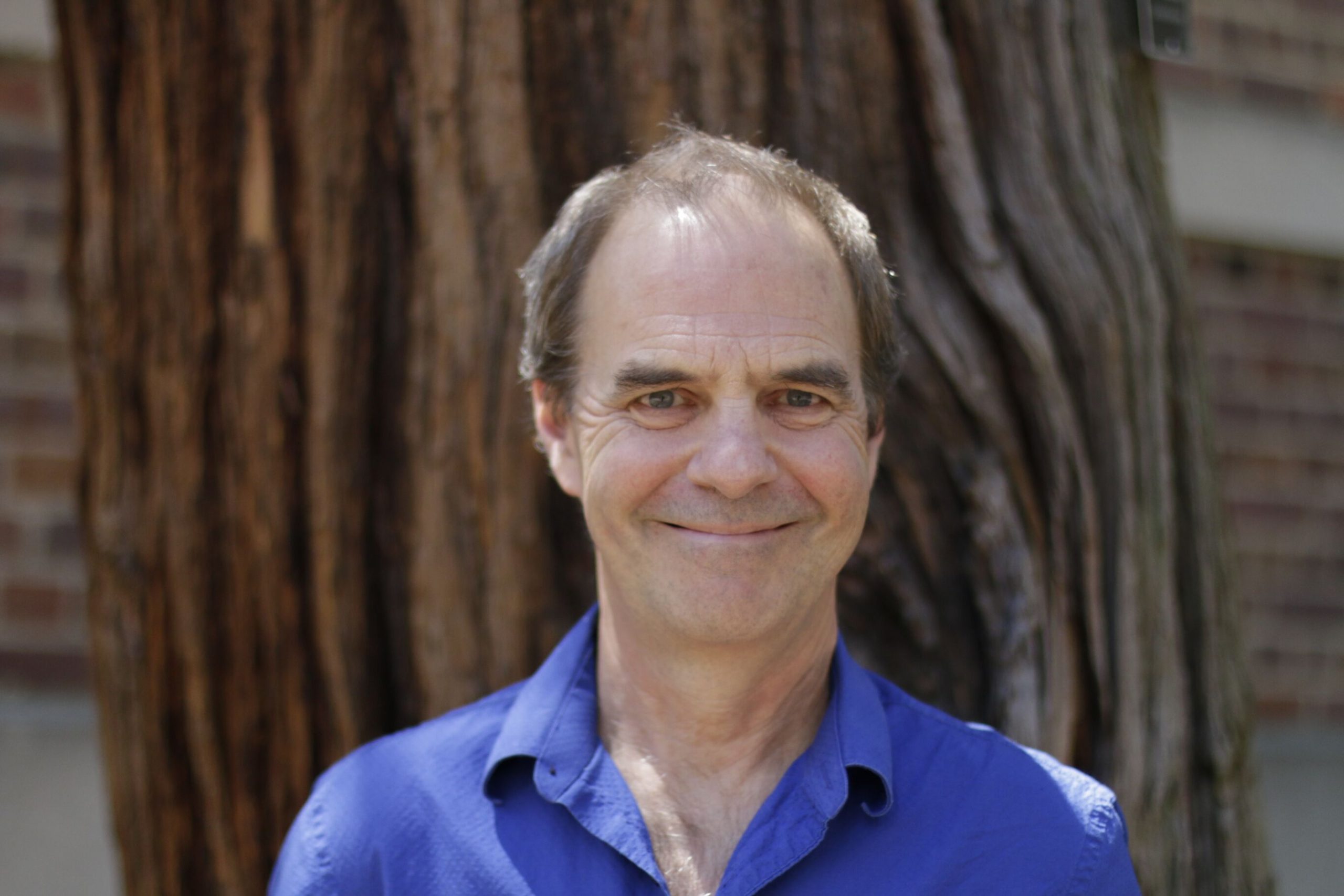 Dan Anderson, Professor in the UNC Chapel Hill Department of English and Comparative Literature, is the Principal Investigator for the Carolina Digital Humanities Initiative and the Director of the Digital Innovation Lab on UNC-CH’s campus. He directs and leads a number of digital humanities initiatives for undergraduates, graduate students, and faculty to provide opportunities for creative scholarship. He took time out of his busy schedule to talk with us and give some background about how he entered into the world of digital humanities:

In typical style for humanities academics, Dan first started working with computers to make himself more competitive in a tough job market. At the time, he was enrolled in graduate program and focusing on literary theory at UT Austin, which didn’t include any kind of computational training. Instead, on his advisor’s suggestion, Dan started teaching in a computer lab on campus that allowed him to seriously work with technology for the first time.

“The first thing I did was erase my syllabus,” Dan remembers, noting that even though it was a rocky start, he truly enjoyed his work teaching in the computer labs. “I just really liked it…you were constantly invited to experiment, make a mistake, and just try stuff because it was something you didn’t know about.” Working with and teaching media from a compositional perspective sparked Dan’s career interest in the digital humanities.

“you were constantly invited to experiment, make a mistake, and just try stuff because it was something you didn’t know about”

Those beginnings are still evident in Dan’s current teaching, which integrates his interest in experimentation and composition with more traditional DH skills. He teaches undergraduates in a course that covers digital humanities history and methods in a way that weaves DH methodologies into the pedagogy. His classes are heavily focused on iteration and experimentation. In fact, Dan’s portfolio grading system (grading as a whole instead of by each part) encourages failure and revision because he believes ”they might learn a lot even if the project isn’t that great.”

This kind of work is so important in Dan’s opinion because it flips traditional research around. In most humanities work, Dan says, he sees researchers who “know where they’re going and… try to accumulate the proof or close reading…that supports where they’re going.” While this is a typical workflow for traditional humanities fields like literature, history, or philosophy, Dan says that he appreciates the alternative approach that the digital humanities takes, especially that “it’s nice not to know the answer before you start out on a project.” In digital humanities, he sees that it’s more common to begin with a new innovation or idea that hasn’t been tried or tested. This unknown beginning, much like scientific research, allows “the questions to emerge rather than the answers.” Dan’s “thumbnail” response to the unanswerable “what is DH?” question is: “bringing lab-like approaches to the humanities,” which again shows his focus on the interdisciplinary, collaborative aspects of DH.

More than anything, Dan’s love of collaboration comes through in his work. From his beginnings working in computer labs to his current work in the Digital Innovation Lab, the collaborative elements of DH and the environment that is built on bringing people of different skill sets together is central to Dan’s work life. He believes strongly that, other than the few “unicorn DH people” who can do it all, it’s ultimately more productive to have people from all backgrounds who are able to work together–especially between humanities research and technical skills. In Dan’s words, “you get really interesting things when you have people who are in their own… silos, who get broken out and brought together. I definitely like to have somebody who knows nothing about technology together with someone who knows a lot about it. And they both come up with ideas that neither would have thought of in the first place.” Dan’s current work in the Digital Innovation Lab, and as the coordinator of several other such DH initiatives on the UNC Chapel Hill campus shows that he’s committed to this vision of DH lab-work. This kind of scholarship isn’t possible without collaboration, and Dan wants to make sure that there are spaces to make that possible.

Dan’s current research interests focus on the storytelling and compositional potential of screens. In his limited free time, Dan has been working on the idea of composing stories through screens as a translation, and how that composition is different when its born in the digital world. He cited the common convention that video should be composed from a horizontal perspective, which is being challenged by popular platforms like Instagram. This shift is more than flouting traditional cinematography for Dan, who is more interested in the core of the creation. He says he wants to explore “what does [composing tall] do to the way you arrange information, and how you can tell a story that we’d never even really thought of before.”

Finally, Dan described his dream DH project: a collaborative, diverse team using machines to parse through an important social issue, which would then become an “interesting, creative production that we would share with the world.”

He maintained that his main interest is still in teaching, so the project would have “a very strong pedagogical focus” even if it wasn’t in a formal classroom. Rather, the dream is to create an interconnected mentorship team that “brings together a really diverse set of people,” citing not just demographics and level of expertise, but also variety of interests in things like technology and storytelling. This collaborative aspect channels into Dan’s idea for a project for public good. His ideas spanned data mining, traditional methods of inquiry, all the way back to a recasting of that narrative into digital media–and of course, unlimited funding and resources.

Find Dan in UNC’s English and Comparative Literature department, or on Twitter @iamdan

Summer transitions: we have new board members, a new president-elect, and a new communications manager! #dhcollabnc https://dhcnc.org/uncategorized/summer-2021-transitions/

Are you working on a digital project focused on American Women Writers?? You don't want to miss this opportunity: https://recoveryhub.siue.edu/cultivation/ -- March 31 application deadline! #dhcollabnc