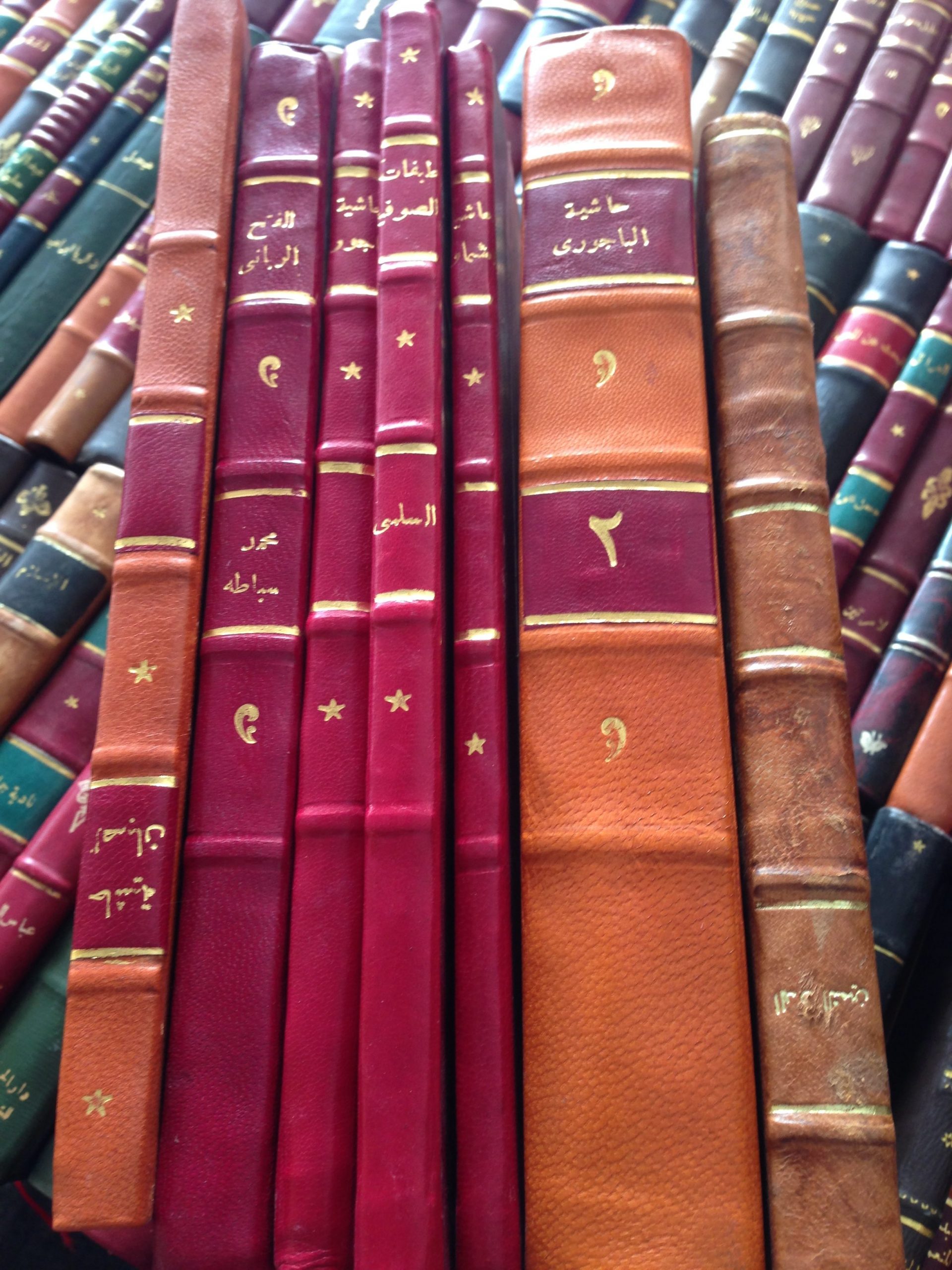 I had the opportunity to interview Sean Swanick, Duke’s Librarian for Middle East and Islamic Studies. We discussed the librarian’s role both supporting and participating in digital humanities projects.

Describe your involvement with DH projects at your institution.

Currently there are three DH-related projects at Duke University which relate to the Middle East and Islamic Studies. I am a co-director for one project, and play a minimal role in two others. With Adam Mestyan (Duke University) and Kathryn Schwartz (University of Massachusetts, Amherst) entitled we are working on a project called “An Egyptian Sheikh’s Literary World – Digitally Reconstructing Islamic Print Culture Through Mustafa Salamah al-Najjari’s Book Collection.” This project is recreating the personal library of this 19th century Cairene Sheikh.

The other two projects at Duke are: Mapping of Istanbul and Muslim Voices. The first is led by Prof. Timur Kuran, an economics historian of the Middle East with a specific focus on Istanbul and Turkey more broadly is striving to produce the authoritative digital map of Istanbul from the early Ottoman period up to the early Republican period. Duke has a map librarian and two DH librarians working on coding involved in the project. Timur also has a number of graduate students helping. And the other project, Muslim Voices is aiming to interview a cross-section of Muslim Americans, particularly women about their roles in society. It is intended to be an ethnographic study but is in its nascent stage of planning.

I often have requests from students for data about the Arab Middle East. These students are mostly are unaware of what they can do with the data besides an analysis and by this I mean creating visualizations; Duke is a leader in their visualization services with 3-4 dedicated staff to train people on different programs. Duke also runs a code-a-thon every year which hosts some 100 or so high school students from Carolina in coding.

How did you first learn about DH?

To be honest, it’s probably when I first attended the Middle East Librarians Association (MELA) meeting in 2007. Peter Magierski, now at Columbia University gave a scintillating presentation on the Afghanistan Digital Library: http://afghanistandl.nyu.edu/ which was led by and hosted at New York University. This project was so fascinating and not just the content but the ways in which it was produced. A team was sent to Afghanistan to digitize rare and at-risk materials in order to preserve the written/documented history of Afghanistan.

What skills do you recommend for people who want to get involved with DH projects? For librarians in particular?

It depends on what type of librarian one wants to become. For me, as a subject specialist who cares most deeply about collections and collection development, DH is a secondary priority. It also depends on the job requirements or expectations as well as the institution one works at. At Duke, I’m fortunate to have many DH librarian colleagues whose roles are first and foremost DH. With that said, it is of utmost importance to be able to speak the lingo of DH. DH is very important and relevant for all humanities and social sciences fields, as well as others.

I’ve been fortunate to attend two formal training sessions. The first one I attended was a Digital Humanities Summer Institute week long program on Text Editing Initiative (TEI). The summer institute sees some 200-400 computer experts and enthusiasts train and exchange ideas at the University of Victoria in British Columbia. I also attended a two-day workshop called “Software Skills for Librarians” by Software Carpentry. This second workshop introduced me to the world of coding with Python and related programs. Since participating in those programs, I’ve spent time reading articles, meeting with DH colleagues at Duke and trying to keep abreast of new developments.

What role do you think librarians (should) have in DH projects?

It really depends on the priorities one has from the job expectations, one’s expertise and interest. It is crucial to remain current with trends and developments in all forms of scholarship. With that caveat, I see my role mostly as a liaison/interlocutor between the primary faculty I work with and specialized DH librarians. While I appreciate requests to be involved, I don’t have the time necessary to devote to more than one of these projects. With the Najjari project, I am a full-participant working on finding and annotating the books of Najjari’s personal collection as well as the grant application. I was also a full-participant in another project on the famous free-verse Pakistani poet Noon Meem Rashed while I worked at McGill University. But working on more than one would have been impossible for me.

What obstacles have you faced?

Time. Time is the single biggest issue or obstacle I’ve faced. I’ve been fortunate to receive institutional support to help me develop skills that I needed. But time is the real issue; one colleague, a subject specialist noted in a conversation with me that she participates in a DH project but sets aside a dedicated amount of time per week—4 hours every Thursday or Friday morning. I’ve had to do this myself otherwise one may get in the habit of delaying the necessary work.

As a librarian, what do you think people should know about DH?

The terrain and possibilities are vast. There are an amazing number of DH projects currently underway and another incredible number of projects that could or should be underway. Try to keep abreast of the field. For ME and Islamic Studies, regularly read the Digital Orientalist’s website: https://digitalorientalist.com/; Maxim Romanov’s website: https://alraqmiyyat.github.io/; sign-up for AMIR’s email: http://amirmideast.blogspot.com/, regularly peruse THAT Camp website: http://thatcamp.org/, peruse HASTAC: https://www.hastac.org/ and DH Islamic Humanities Project: https://islamicdh.org/.