Ryan Shaw is an associate professor at UNC Chapel Hill’s School of Information and Library Science and a well-versed digital humanities scholar. Read his interview about past influences, current projects, and future ambitions here: 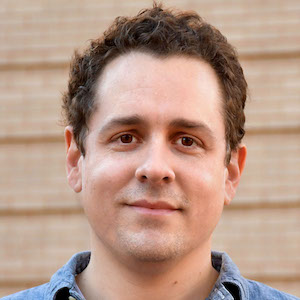 Did you first learn about DH from a computing or a humanities perspective? What is your background, and how did it lead to an interdisciplinary field?

My undergraduate degree (in Symbolic Systems) was an interdisciplinary one, so I’ve actually never not been in an interdisciplinary program. But I definitely came to DH from the “digital” side—I took the bare minimum of humanities courses as an undergrad. Despite being very interested in literature, art, and music from a young age, it was not something I wanted to study in college. After undergrad I worked as a Web software developer, and when I returned to grad school in 2003 my intention was to focus on the “multimedia Web,” i.e. a Web of audio and video (this was pre-YouTube).

My involvement in DH started when my PhD advisor decided to leave academia for industry, and I was forced to find a new advisor or drop out. Fortunately, I ended up finding a new advisor, Michael Buckland. I started getting involved in his research projects, which were funded under the aegis of the Electronic Cultural Atlas Initiative (ECAI), which Buckland co-founded in 1997. ECAI was one of the earliest DH initiatives, although no one was using that term in 1997, or even in 2006–2007 when I got involved.

What research/skill sets are you working on currently?

I’m also working on trying to do more “digital humanities” work that is not about applying digital technology to humanities scholarship, but about applying ways of thinking and knowing from the humanities to “digital” stuff. I gave a talk about the need for this in Chile a few years ago, but only recently started publishing more work in that vein.

What skills or types of projects do you hope to see more in the future of DH?

Broadly, I’m interesting in scholarly authoring of knowledge organization systems, also known as linked data, or (the new hot term) knowledge graphs. I would like for institutional systems of knowledge organization to be much more porous and open to integration with structured data produced by scholars or collectors or people with various kinds of expertise and experience. Seeing DH as a field where this was happening is what drew me to it.

Do you incorporate DH into your classes?

I’ve taught DH seminars in the past, but recently I have not incorporated DH into my classes. However I just submitted a proposal for a research-intensive undergraduate class in which we would be building a major piece of DH infrastructure, so we’ll see how that pans out.

What’s your dream DH project (if you could work on anything with any skill set in any field, what would it be)?

My dream DH project is a “celestial jukebox” of all the world’s musical recordings, linked to layers of cultural context, commentary, and scholarly explication. It would be fully funded in perpetuity by an international association of semi-autonomous collectives, after the fall of national governments and the subsequent collapse of “intellectual property” regimes.