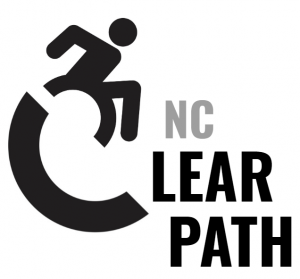 NC Clear Path is a start-up with a mission to harness GIS data to “provide safe and accessible trip planning on pedestrian ways for people with limited mobility.” Since winning the 2018 Civic Camp Hackathon, this start-up has been making huge strides in gathering the geographical data that it needs in the past few months. The team presented at NC Datapalooza, and in December, NC Clear Path hosted its first Mapathon at Code for Durham.

At the Datapalooza presentation, NC Clear Path shared their inspiration for this project with anecdotes and staggering statistics. Did you know that 54.5 million people in the United States need assistive devices or have trouble walking more than a quarter mile? That’s one in six people in the United States! Factors that make it difficult for people with limited mobility to navigate pedestrian paths include short-term obstacles, such as fallen branches or construction work, and long-term obstacles – for example, a lack of curb cuts, uneven pavement, or overgrown sidewalks. There are also permanent obstacles like steep up- and downhills.

NC Clear Path seeks to solve this problem by following the models of similar start-ups Chi Safe Path and AccessMap of Chicago and Seattle, respectively. While Chi Safe Path’s strength is addressing short-term obstacles by allowing users to upload images of pedestrian path conditions, AccessMap excels in addressing long-term conditions by allowing users to set maximum steepness limits or require curb cuts on roads. NC Clear Path hopes to combine the strengths of both their models so that they can address both short-term and long-term obstacles for users in North Carolina.

Using open-source mapping tool OpenStreetMap, NC Clear Path has begun progressing toward their goal. A key concern of theirs is OpenStreetMap’s lack of sidewalk data for North Carolina. There are two ways to address this issue: one is importing GIS data from city open data sources, and the other is with the help of people like you! Mapathons allow community members to help NC Clear Path make North Carolina accessible to people with limited mobility. In December, NC Clear Path hosted their first Mapathon, and according to their December Meeting Minutes, more opportunities to get involved are coming soon. 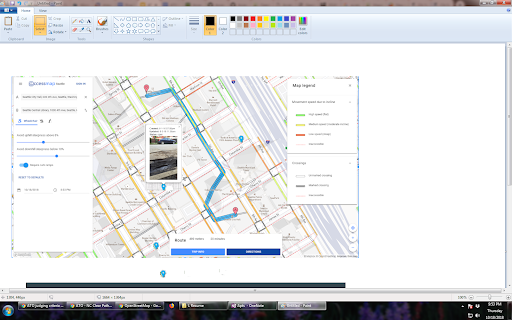 If you have questions or are interested in getting involved with this project, you can contact them at nc_clear_path@googlegroups.com